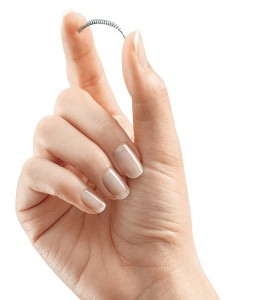 A federal judge in Pennsylvania has ruled that five women who claim to have suffered serious health complications from Essure sterilization coils can proceed with their lawsuit against pharmaceutical giant Bayer.

In his ruling, U.S. District Judge John Padova said that claims by two women were strong enough for the case to continue. The women claim that Bayer used deceptive advertising in marketing Essure and failed to properly warn consumers about its associated risks.

Essure is marketed as a form of permanent birth control. Consisting of two metal coils, the device is inserted into a woman’s fallopian tubes to block the passage of sperm to the egg, preventing fertilization.

Plaintiffs in the case, however, claim the implanted device actually migrated from their Fallopian tubes into other parts of their bodies, causing serious internal injuries.

How serious were their injuries? Four of the five plaintiffs have had hysterectomies, while the fifth delivered a baby with birth defects and later had her fallopian tubes removed.

Bayer is arguing that they should be shielded from litigation over Essure because it was granted premarketing approval by the U.S. Food and Drug Administration in 2002, a move that normally protects products from liability litigation.

Bayer’s Essure has been plagued by complaints about its safety since it was approved in 2002.  As of last July, more than 5,000 reports of adverse effects from Essure – including severe pain, miscarriages, and serious injuries– had been filed with the FDA.

In early March, the FDA required Bayer to include a special black box warning to Essure packaging and to conduct a clinical study to gather as much data as possible about health risks associated with the device. For the study, Bayer is required to monitor the health of more than 2,000 women for at least three years.

Proper placement of the Essure device has proven to be troublesome. Studies have indicated that the failure rate of Essure placement can top 12 percent – an exceedingly high rate of failure for a device that has been approved by the FDA.

We’ll continue to monitor the progress of this legal action against Bayer and bring you updates as soon as they become available. If you have used Essure and have suffered health complications, we strongly encourage you to contact an attorney specializing in personal injury lawsuits.