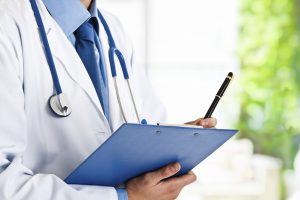 According to a former Food and Drug Administration (FDA) analyst, misidentification of doctors raising concerns about the Essure birth control device may have resulted in the product not setting off alarm bells sooner.

During an interview with a New York NBC News affiliate, the former analyst said that in many instances, doctors were misidentified by the word “other” being placed on the form field. They should have been listed as “physician” as the person raising the concern.

According to the FDA, a software coding error during upgrades to their computer systems is to blame. Even further, the FDA is taking full responsibility for the foul up.

The error is very important, the analyst said, because the FDA may take concerns raised by doctors more seriously than actual patients who have used Essure.

Something Fishy is Going on With Essure

After finding out about the misidentification issues, Congressman Michael Fitzpatrick (Pa.) urged the FDA to conduct an internal investigation.

In his letter, he correctly stated that prior to July 2015, doctors who reported Essure problems were properly identified. Merely days after the coding changed, the FDA said that it was going to “review the safety and effectiveness of the Essure device.” They knew something was going on.

We’re On the Case

We’re closely monitoring all the news associated with Essure. Thus far, we’ve brought stories of court cases, a black label warning and data suppression. Who knows what we’ll find next?

If you are an Essure user and are experiencing any health related difficulties, we urge you to contact an attorney specializing in personal injury cases.