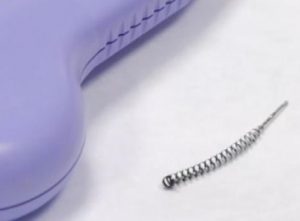 The legal news for Bayer’s headache known as Essure continues to roll in. After a federal judge in Pennsylvania ruled that a suit against Bayer brought forth by five women could continue, another lawsuit – this one involving more than 100 Essure users – is gaining steam in Canada.

The class-action lawsuit was filed in Oct. 2015 with the Court of Queen’s Bench for Saskatchewan. Many of the women involved in the suit say that their use of Essure directly led to them requiring hysterectomies to remove the device’s two metal coils.

Participants in the Canadian suit expect it to be certified later this year.

The coils are designed to – after being inserted into the fallopian tubes – block sperm from reaching the egg, thus preventing fertilization. A multitude of Essure users have reported that the coils have actually moved in their bodies, causing serious internal injuries.

The suit brought forth in Canada closely resembles the one in the U.S. in that the Essure users are casting blame on Bayer for not properly testing the device in a way that would reveal the potential harm. The Canadian suit also claims that Bayer failed to properly train physicians on how to insert the Essure coils.

Findings from a safety review of Essure ordered by Health Canada are expected to be published in May. It was ordered in Nov. 2015. That’s in addition to an FDA-ordered study that Bayer must perform in order to show risks associated with the device in a real-world environment.

In late March of this year, the FDA mandated that a “black-box warning” be included on all Essure packaging.

EssureCases Will Keep You Informed

As the news with Essure continues, we’ll be sure to post the latest information right here. In the meantime, if you’re experiencing health problems related to the use of the Essure device, we advise you to contact an attorney who can potentially help you obtain proper compensation.