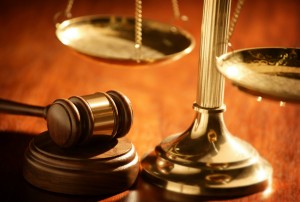 As Legislators Seek to Ban Essure, New Lawsuits Are Filed

Essure, a permanent birth control method manufactured by Bayer Health Care, has come under fire for a high failure rate and has been accused of causing serious physical injuries in women who undergo the implant procedure. Now, certain legislators are promoting a bill that would ban the product from sale in the United States.

A Move to Ban A Dangerous Product

U.S. Representative Mike Fitzpatrick (R) of Levittown, Pennsylvania, has plans to introduce bipartisan legislation to Congress in November that would ban the use of the Essure contraceptive implants in the United States.

The device has been on the market for 13 years, since it was approved by the Food and Drug Administration. In September, an FDA committee reviewed the product’s safety and effectiveness, but has not yet made any recommendations regarding keeping the product on the market.

Essure is a metal coil that is placed in the Fallopian tubes through a non-surgical procedure. The coil generates scar tissue over the course of several months that results in permanent sterilization. However, there have been many problems associated with this birth control method, including:

Certain studies have suggested that even when doctors are well-trained in Essure placement, the failure rate can top 12 percent. This is an incredibly high rate of failure for a device that has been through pre-release testing. Recent lawsuits claim that Bayer deliberately mislead the FDA about the results of such testing and failed to disclose potential dangers connected to Essure to doctors and patients.

If you have been injured by Essure or suffered illness as a result of your use of this product, contact a personal injury attorney immediately.